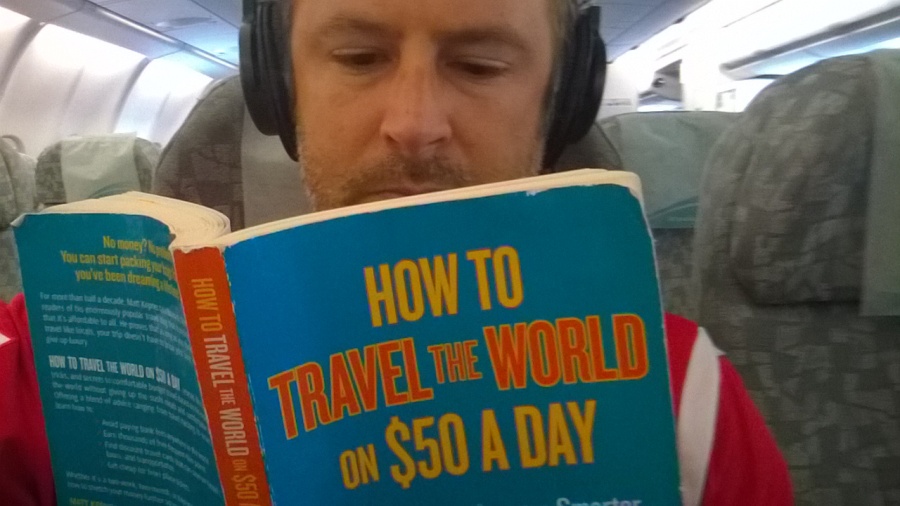 As usual on my west to east coast red eye flights, I found myself entwined in a feuding battle of gin rummy with the passenger sitting in the middle seat and seeped in multiple mixed cocktails with no sign of sleep in sight. It was a 4.5 hour flight from Portland to Boston and as I always say “Go big or go home!”. As the sun slowly bled its way from under the fresh new grey window shade of the Airbus A320, I could feel the excitement build. For I had never been to Boston. I have visited NYC many times but never had a real reason to alter course slightly north.

Only 48 hours ago I had been sitting at a bar in Portland awaiting a friend whom was running late. I had decided to order a Rum and Coke. As my brief conversation with the patron to my left ended, I turned back to center position to focus back on my refreshing cocktail. There sitting now to my right, was a beautiful tall woman with long brown hair in a slinky black dress that was in her late 20’s. Her bright red lipstick and fair skin, and how her hair shifted in slow motion as she leaned forward to order her drink. It felt as though I was transported back to the 1950’s. She was mesmerizing and not in a cliché way. She had a classy way about her that I had rarely ever come across in my travels. She then turned to me with a bubbly look and said “Hi, my name is Beverly.” At that moment I thought and actually looked around the bar and then back at her and replied “Am I in the 50’s?”. I was enthralled. Her name and look were not from our time. She laughed and said “no”. She then laughed at my explanation for my comment and we talked for a while until our friends showed up. Slightly nervous as we had just met , I attempted to get her number and before I could complete the request aloud, she handed me a napkin and said” Call me, if you want to visit Boston. I am a great tour guide.”  And so I did.

The man in the window seat asked me if he was ok to lift the shade. I said, “yes but slowly please”. He gave me a grin and slowly lifted the shade knowing that I had not slept and was slightly inebriated. The sun hit me with an immediate force of heat as if I had just turned on a tanning bed. The intercom came on and the final landing announcement had sounded. The excited pulsed through my body is if I had just won the lottery. Not only was I going to visit my girl from the 1950’s, I was going to Boston; home of the famous Red Sox, Fenway Park, Good Will Hunting, MIT, Paul Revere, Celtics and so many other historical and modern icons.

After the plane touched down I turned my cell phone on and called her. I was nervous as the phone was ringing but didn’t care. I knew it was going to be an amazing day. The sun was out and it was warm! For I am always energized by new places and sunny warm weather which involve not knowing any part of my itinerary. Chance and fate are everything. At this point I had no idea where as was going and just followed the signs to the baggage area. I hadn’t checked a bag but the water taxi shuttle was that direction. I almost skipped a step thinking “Wow, now I am going to take a water taxi over Boston harbor ?”. This was a last minute addition to the plans and I was now more excited which was starting to kill my alcoholic buzz and bring on a new buzz. As I approached the water taxi landing, I could see her from the distance near a boat. Her hair blowing in the whisky, early 7am breeze of the Boston harbor. The smell of fish and salt water was in the air. I could see the barges and ferries slowly trolling by as the sun glistened off of the water like a shattered mirror. She was there, leaning against the boat as if she owned it. I paused inside my head for a moment, and then thought, “nah, there’s no way”. We had our greeting and boarded the boat. I decided to sit upfront where the wind was strongest and the howling pounded my face and ears. It was a warm day and it felt so good. The buildings looked so giant from afar like monoliths cresting out of the water with no base. I was finally here. She gave me some options for the day and we stumbled upon an amazing little breakfast café in downtown. The iron skillet omelets were delicious. Smoked salmon with feta cheese and spinach washed down with the local must beer, Samuel Adams Summer Ale.

She was already to go for the day and so after a quick shower and change of clothes, I was ready for whatever Boston wanted to show me. I only had NYC to compare to as a true East Coast city. The people were different, the atmosphere was different and I was taking it all in. Let’s roll.

We took the metro train to the Harpoon brewery. It was small and quaint, dark and oaky as most Boston beer outlets are. Plastic marlins were mounted on the wall to signify “Harpoon Brewing”. The beer was tasty and after a short lesson from the brew master on Harpoon flavors, we set off for the gem of Boston beer tours, Samuel Adams Brewery. I had drank Sam Adams for many years while living in various cities across the US and the summer ale was my favorite.  We took the metro train which took us in the new tunnel under the bay to the west side. We exited in a Victorian neighborhood very rustic with green and lush trees blowing in the wind on the sidewalks, the sun piercing thru the branches. We bought our tickets and joined the group for the tour. At this point I have now been awake for 28 hours and unbelievably I was still going strong. The tour had many stopping points for which the tour guide shared information on the types of barley they used and wheat. It was at least 97F inside the building compared to a perfect 82 outside and I was dying now. I drastically needed water to hydrate and beer to keep me awake. When we finally reached the end of the worthless tour, the guide held up his hand and asked “Who is ready for beer?”. Beverly and I jumped high raising both hands. We looked at each other and laughed and gave each other a high five.

Finally we were here, the tasting area. There were lines of picnic tables for people to sit at. We took our seats and one by one the pitchers of beer were shoved down the tables. After 5 or so different beer selections, the guide announced that we had a special visitor, Jim Koch, who’s family founded Samuel Adams. He then entered the room and welcomed us all. I said to Beverly “This is awesome, I can’t believe he is here!” She looked at me and smiled as she knew who he was living in Boston and a known figure. But he was a big deal in the beer world and I knew it.

I turned to her and whispered “Did you know that I come from wine family?”. She replied “no”. I told her how my uncle is Michael Mondavi, son of the great Robert Mondavi. She looked at me and said “Why didn’t you tell me that before?”. I laughed, as if that should matter. With nervousness and my heart starting to pound even through the lager and ale, I asked her ”Should I ask him if he knows my uncle?”. I had no idea if that were possible but instinct told me that beer and wine kings may share circles at times. She responded “Maybe, you should ask him.”  . As I turned my attention back to him, he had just finished his speech and was exiting out the side door with his assistant and crony. By this point the 6 beers had restarted my ongoing system and I told myself “Hell no, he is not getting away without me getting my answer!”. I got up, walked to the big doors to the left of the tasters area where the guide was still talking to us all, and as the guide’s eyes followed me with dismay, I opened those doors to the brewery area, walked through them, and started to approach Mr. Koch as he had a good 50 foot lead. The assistant came up to me and asked me if she could help me. I immediately said in a loud voice “Mr. Koch, I think you may know my uncle.” There was a pause for a few seconds. Enough of one for me to catch my breath and him to turn around. I then said “ Michael Mondavi”. He then approached me with a brisk motion and told the assistant it was ok. We walked for 45 min or so talking about his past and mine. He told me this, “Daniel, I met Robert Mondavi at a beer and wine conference in Santa Clara. I asked Robert if it was foolish for me to start a brewery in Boston and he told me that I would never  know unless I tried. He told me to go for it and so I did. If it wasn’t for his words, I wouldn’t have done it.” We both had tears in our eyes as the feeling of family and unity were there. This was a moment that I have never experienced. To see that dreams were accomplished by merely trying and small encouragement. To see that my family has helped to create dreams for others and they have succeeded. What an amazing day! Cheers to dreams of barley and grapes.